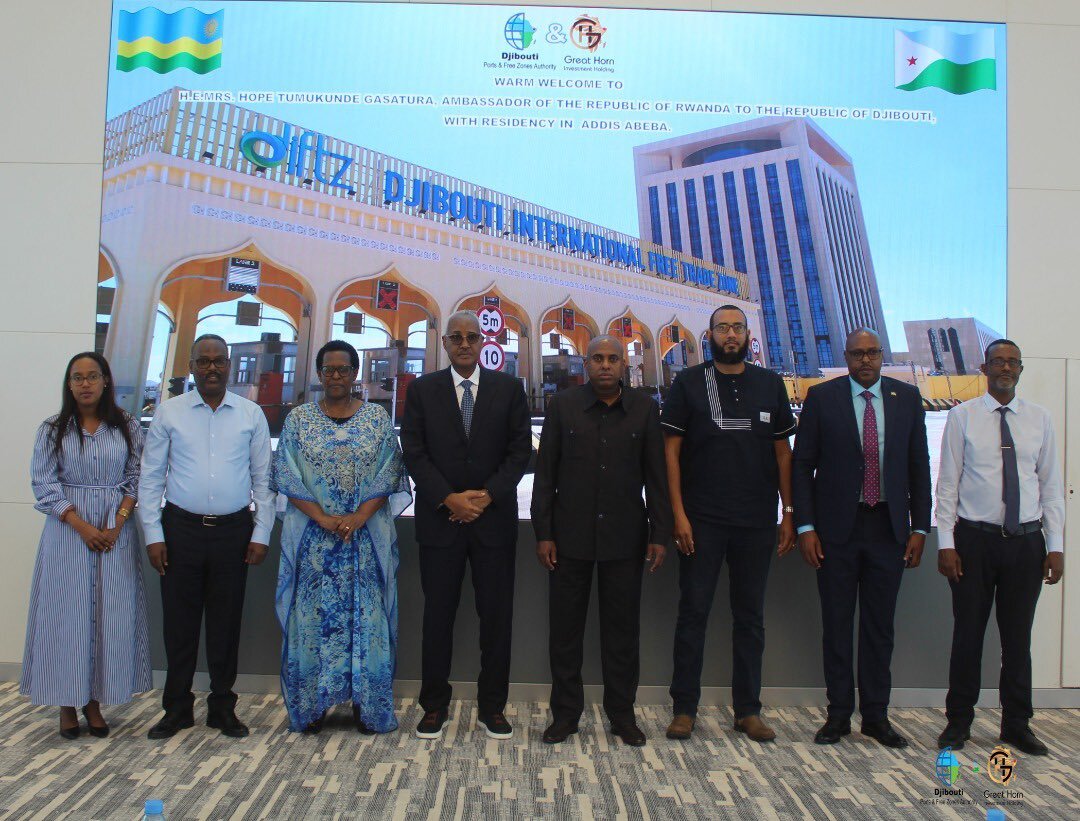 The chairman of DPFZA was pleased to receive on january 15th 2022, in Djibouti International Tower, the Ambassador of Rwanda based in Ethiopia, H.E. Mrs. Hope Tumukunde Gasatura. During this meeting, several points were discussed, including the plots of land allocated by the two governments in their respective countries.

The Republic of Djibouti has a land of 10ha and a second of 20ha in Rwanda. The Rwandan Republic has 20ha in Djibouti and a shareholder in Djibouti Free Trade Zones. Sea-Air Cargo and the Centre for Innovation and Maritime Excellence (CIME) of Djibouti were also mentioned.

Investments in the two plots of land are made by .H.E Amb. Gasatura informed us that the Rwandan Minister of Foreign Affairs willingness to visit Djibouti in near future. The Amb. of Djibouti based to Ethiopia, H.E.Abdi Mahamoud Eybe, took part In the meeting.