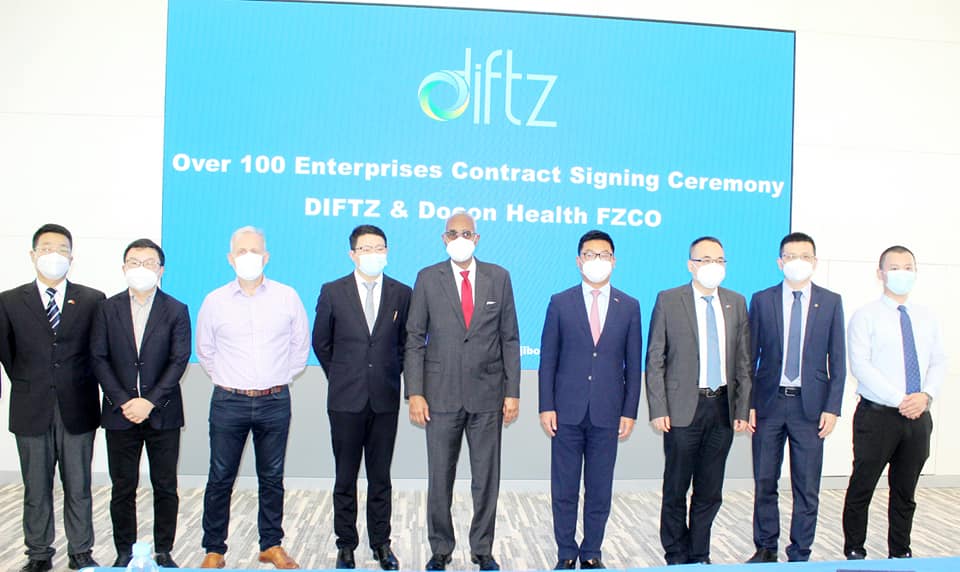 An important signing ceremony took place on Wednesday, Nov, 18th in Djibouti International Free Trade Zone, in the presence of the Chairman of Djibouti Ports and Free Zones Authority, Mr. Aboubaker Omar Hadi. The ceremony was on the investment agreement of two international groups, the Docon Heath Group and the Trans Africa. These two companies are the 103rd and 104th to operate from the new Djibouti International Free Trade Zone (DIFTZ).

A major distributor of tobacco products, the Trans Africa Company will make of Djibouti its distribution hub for the continent.

In a brief address to the press, the President of the Ports and Free Zones Authority of Djibouti emphasized the importance of these investments in terms of job creation, which are in line with the policy of the President of the Republic, to make Djibouti a trade and logistics hub for the region and the world.