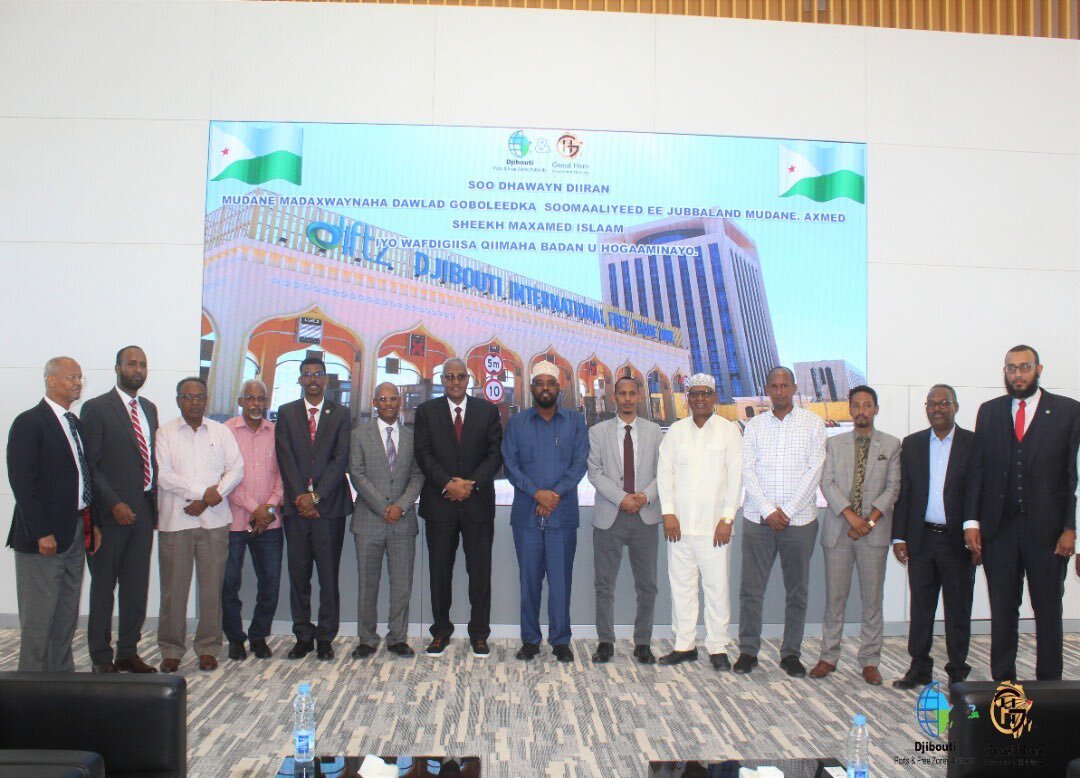 The Chairman of DPFZA was honored to receive on 16th January 2022, in Djibouti International Tower, the President of Jubaland Region of Somalia, H.E. Ahmed Sheikh Mohamed Islam, leading an important delegation. H.E.M. Ahmed Sheikh along with Mr. Hadi, visited Djibouti ports and free zone infrastructures such as SGTD; DMP and DIFTZ.

Later on, DPFZA presented to the president of Jubaland region, its different projects, including the forthcoming ones, followed by exchanges and discussions with Chairman Hadi.

The Djiboutian Minister of Health, Dr. Ahmed Robleh Abdilleh was also present during the meeting.