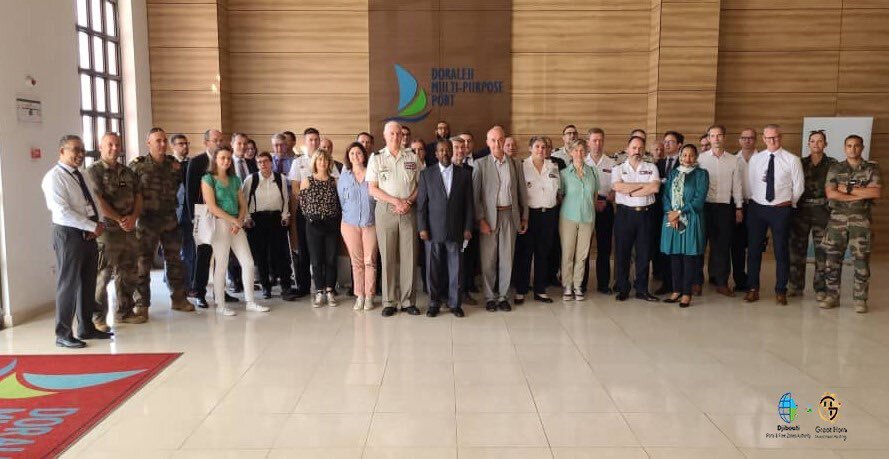 The 'French Institute for Advanced National Defense Studies' (IHEDN), made its traditional visit to the Republic of Djibouti. The IHEDN brings together one hundred and sixty military and civilian auditors, future decision-makers from very diverse backgrounds who seek to deepen their understanding of defense issues. “National defence, faced with the affirmation of the powers” is the theme of this year of studies and Djibouti is the high point.

As part of a study, marking the challenge and the asset that port facilities and free zones represent for the economic activities of Djibouti, 40 of them were today, at the DMP, where they were welcomed by the General Manager of DMP, Mr. Djama Ibrahim Darar.

During this meeting, two presentations, one on the DMP and another on the projects undertaken by Djibouti Ports & Free Zones Authority.

This delegation was led by the Army Corps General, Michel YAKOVLEFF and accompany by the political adviser to the French Embassy to Djibouti, Mr. Gilles PETIT de la VILLEON.