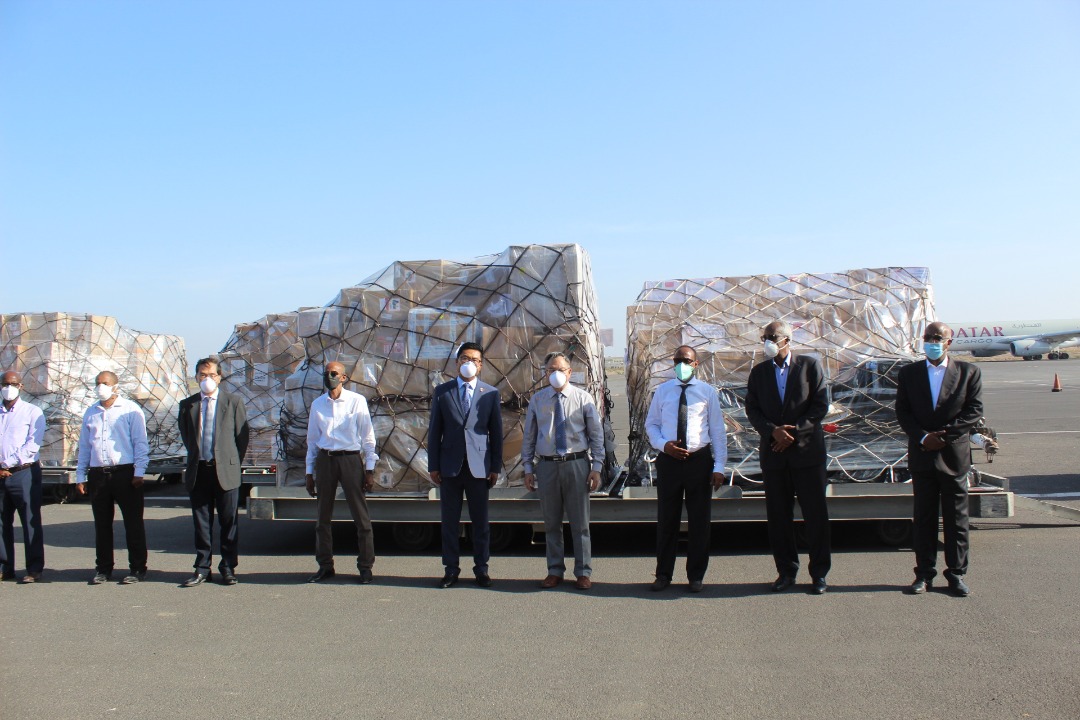 As of Wednesday, April 8, 2020, Africa recorded a total of 10,646 confirmed cases of COVID-19 including 1,174 and 532 deaths. The continent is seriously affected by this pandemic which, of course, will also have a long lasting impact on its economy.

But, China is the only country in the world to rescue the African countries affected by the virus.

On Tuesday, April 7, DPFZA Chairman, Mr. Aboubaker Omar Hadi participated in a ceremony of donation of medical materials and equipment.

On the occasion, Mr. Hadi made an intervention during which he stressed that so far, ‘no other country is around but China’ and that ‘Hard times reveal true friends'’.

Jack Ma, China Merchants and / or the Chinese government, China remains so far, the only country in the world to concretize its friendship with the black continent.