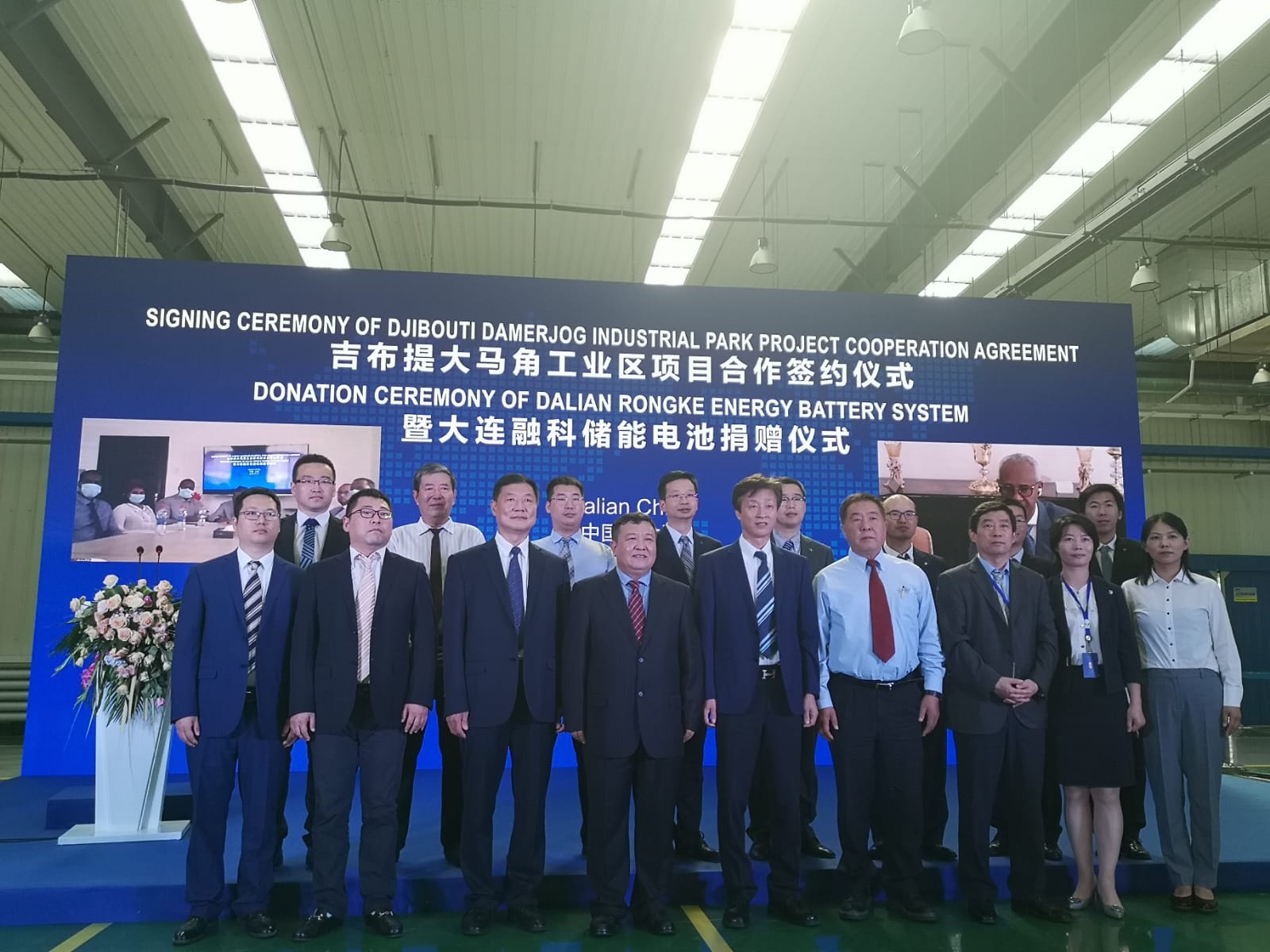 Organized via the ZOOM video conference, this ceremony saw the participation of the Chairman of Djibouti Ports and Free Zones Authority, Mr. Aboubaker Omar Hadi and several Chinese business leaders.

The signing of these agreements concerns 5 investment projects including:

-An investment agreement for a floating refinery by the giant CHIMBUSCO.  This refinery will produce 6 million tonnes per year of low-sulfur fuel , which is in line with the new standards of the International Maritime Organization (IMO)

-A steel industry, financed by ‘‘Hebei Miao Group’’, which will produce iron and steel on site

-And finally a plastic pipes or PVC manufacturing factory, which will be financed by Hebei Yaming Plastic Pipe Co.

These 5 investment projects will be a further step towards the industrial development of our country and will create thousands of jobs.

Also, another ceremony took place, the handing over of a vanadium flow battery system donated by Dalian Rongke Power Company to the Damerjog Industrial Park.