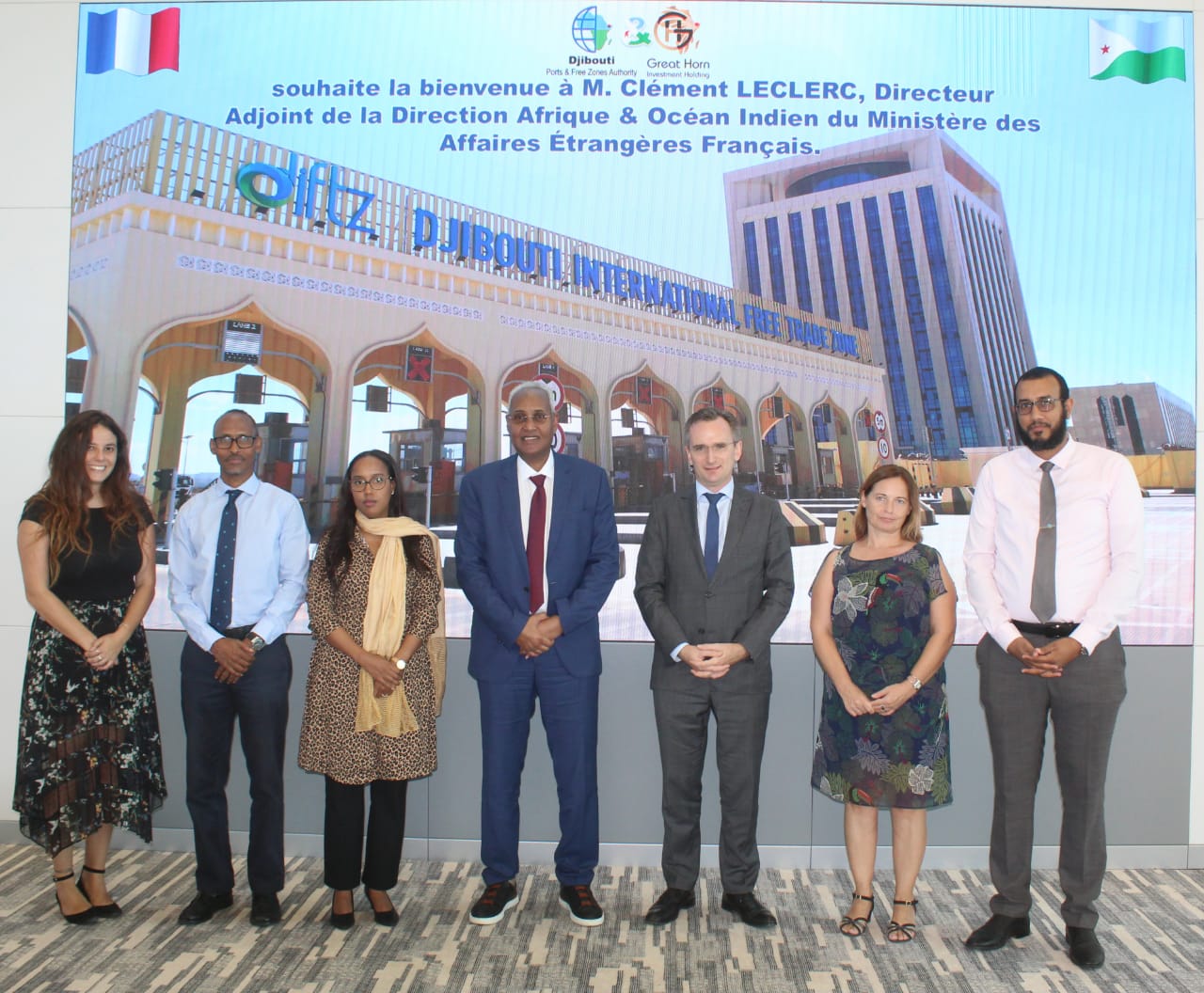 Discussions focused on several topics, including economic relations between Djibouti and France and the development strategy of DPFZA/GHIH. During this meeting the project of the new Al Hadj Hassan Gouled Airport was also mentioned.