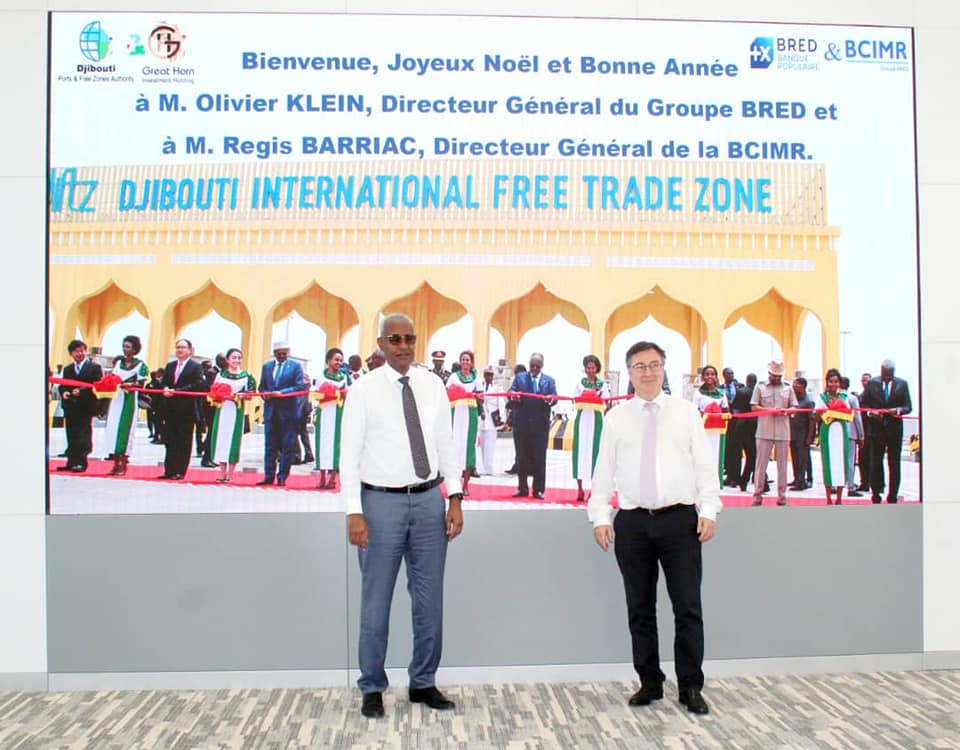 The Chairman of Djibouti Ports and Free Zones Authority, Mr. Aboubaker Omar Hadi had a lunch-meeting with the Managing Director of the BRED Group, Mr. Olivier Klein.

The financing of a series of strategic infrastructure projects as well as the means allowing their implementation and possible cooperation between the two entities were discussed.

The active role that the BRED Group could potentially play in the national capital market was also mentioned with a view to being able to support the implementation of projects.

Remember that BRED is a French financing institution, shareholder of BCIMR, which accompanies, supports and advises its partners in carrying out projects.