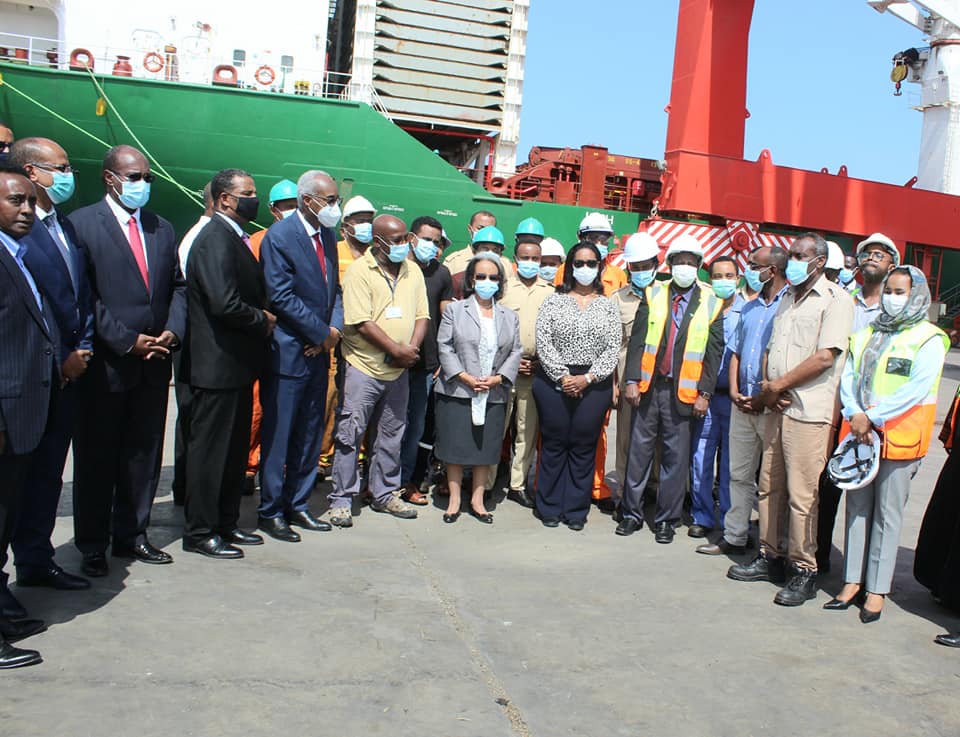 The Chairman of Djibouti Ports and Free Zones Authority, Mr. Aboubaker Omar Hadi accompanied the President of the Federal Democratic Republic of Ethiopia, HE Mrs. Sahle-Work Zewde, for a visit to our port infrastructure.

Upon arrival at the SGTD, the General Manager of this port, Abdillahi Adaweh Sigad welcomed them before giving them explanations on the daily activities of this port. The delegation went to the SGTD loading/unloading railway area.

Then, the hosts headed to the DMP, where the Director General Mr. Djama Ibrahim Darar, and his team were waiting for them. The CEO gave the honorable hosts general information about this port before leading them to the loading/unloading railway part inside the DMP.

On the occasion, President Sahle-Work Zewde met the Captain and the entire team of "GIBE", the Ethiopian vessel.

Note the presence of the Djiboutian Minister of Transport and Equipment, H.E Mr Mohamed Moussa Ahmed, the Minister of Foreign Affairs and International Cooperation H.E Mr Mahmoud Ali Youssouf and the Djiboutian Ambassador to the Federal Democratique Republic of Ethiopia.

This tour to the port infrastructures comes on the sidelines of President Sahle-Work Zewde’s officiel visit of 48 hours to Djibouti.