The President of Somaliland visits the port infrastructure in the North of Djibouti. 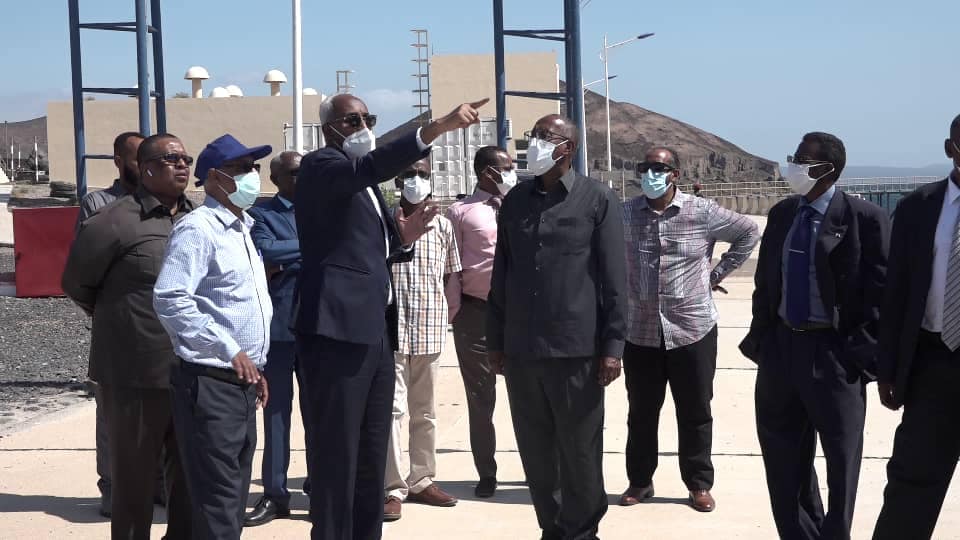 The President of Somaliland visits the port infrastructure in the North of Djibouti.

The President of Somaliland, H.E Mr Moussa Bihi Abdi, at the head of a large delegation, visited the port infrastructure in the North.

The visit began by a stop at the Assal Lake.

Accompanied by the Minister of Agriculture, Water, Fisheries, Livestock and Halieutic Resources, H.E Mr Mohamed Ahmed Awaleh and the Chairman of DPFZA, Mr. Aboubaker Omar Hadi, Mr Moussa Bihi was welcomed by the CEO of this port, Abdo Mohamed Ali. The DPFZA Chairman and the CEO gave the hosts explanations on this port.

Then, the delegation headed to the port of Tadjourah where the Prefect of this city, Hassan Dabaleh Ahmed, the President of the Regional Council, Omar Hassan and the General Manager of this port, Omar Hassan Omar, welcomed them.

The President of Somaliland and his delegation made a tour of the various facilities of this port where the Ethiopian vessel, the M / V Mekele, carrying 25,000 tons of scrap was docked.

Note that, accompanied by his Minister of Foreign Affairs, H.E Mr Moussa Bihi Abdi came to Djibouti on Wednesday evening for an official visit of a few days.